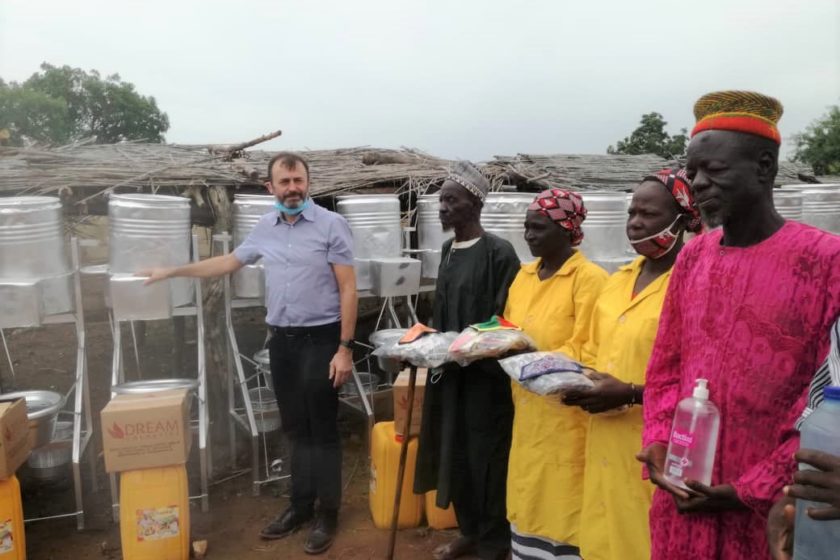 The French Embassy in Burkina Faso, as part of its partnership with the Association of Women in the Mining Sector of Burkina Faso (AFEMIB), and through the project of “awareness and endowment of kits to fight against the spread of the COVID-19 of 15 artisanal gold mining sites ”, proceeded on Friday October 9, 2020, to a symbolic delivery of said kits. It was with the populations of the village of Yaïka, in the commune of Boudry, province of Ganzourgou, region of Plateau-central. Prior to this handover, a field visit carried out made it possible to observe and assess the results of projects financed by the technical and financial partner. 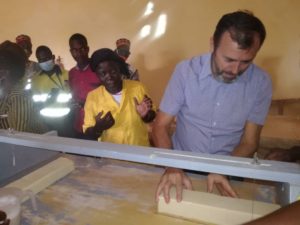 The general objective of the project to “raise awareness and provide kits to fight the spread of COVID-19 for 15 artisanal gold mining sites” aims to provide 10 gold panning sites in the commune of Boudry and 5 sites in the municipality of Mogtédo. The kit, then made up of hand washing devices, liquid soaps, hydroalcoholic gels, soaps (solid format), etc., with a total value of around 6,000,000 CFA francs, was symbolically given to the Yaïka populations, in the presence of the first local administrative and customary authorities.

For the donor, represented by Dominique Delpuech, 1st advisor to the French Embassy in Burkina Faso, in this time of COVID, it is important that women working in artisanal mining sites can have, through tools and products , the means to work not to get sick, to not catch the virus. He also said he was happy to be able to support these beating women through his partner. 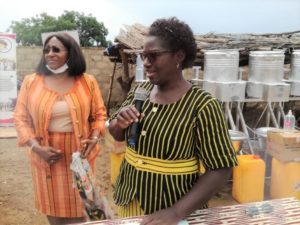 Lucie Kabré, President of AFEMIB, said he was surprised at the scale of income-generating activities, in this case the production of poultry, financed by his technical and financial partner for the benefit of the women of Boudry. . “We are very happy and especially surprised because it was just in January that the project gained momentum. For the first activity that we visited, in this case the production of poultry, personally I was very surprised because it produced a lot, ”she said. It also returned to the overall objective of the income-generating activities financing project. “The general objective of this project is to empower women, to strengthen their economic power; mostly,

Odile Yanogo, speaking on behalf of the women beneficiaries of Boudry, immediately thanked the French Embassy for the endowment and its support for their financial empowerment, which has enabled some of them, this year, to ensure the education of their children and support their husbands. She then took the opportunity offered to her to once again request the help of her benefactor, this time for the sale of their products; access to water, electricity (solar panels) and the mobile phone network (for their calls). 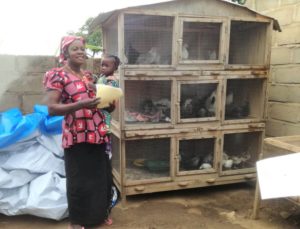 As a reminder, a field visit took place before the delivery of the anti-COVID-19 kit. It made it possible to observe and evaluate the results of projects financed by the technical and financial partner, in particular the henhouse of Fati Kimbega, the mini-farm of Madeleine Congo, a soap-making factory and a group of women involved in making the soumbala. The visit also made it possible to experience the reality of women working on artisanal mining sites ” live ”. A grant agreement signed for the support project for Internally Displaced Persons (IDPs) in the commune of Yako, also called the “support project for the empowerment of women victims of the security crisis in the commune of Yako, region of North ”, worth around 13,000,000 FCFA,

Note that the Association of Women of the Mining Sector of Burkina Faso (AFEMIB) is a community development organization, created in December 2000 and officially recognized on July 19, 2004. It operates throughout the Burkinabè territory and is mainly involved in the artisanal mining sector. Its ambition is to support all women working in this sector who wish to improve their status as well as their working and living conditions. About sixty women, the members of the association come from industrial mining companies, the ministry in charge of mines, the private sector (suppliers of mining goods and services). It also includes students and gold miners. 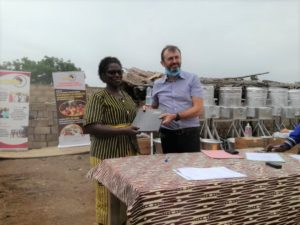 The existing partnership between AFEMIB and the French Embassy in Burkina Faso is five years old. Indeed, it is since 2015 that the French representation in Burkina Faso has been committed to supporting the actions of the association throughout the national territory and according to its vision. It aims on the one hand to stimulate and promote the empowerment of women, who despite the environmental and economic pressures depend on income from the informal gold economy and on the other hand, to support the multiple efforts of the Burkinabè government to integrate artisanal miners into the formal economy.

Thus, between 2015 and 2020, it is about five projects focused on women and in the mining sector that the French Embassy, ​​through its Cooperation and Cultural Action Service (SCAC), supported both in terms of technical than financial. Under these projects, we can cite “the awareness campaign in terms of hygiene, health, safety and environmental protection at 10 gold panning sites” in 2015-2016; “Support for the socio-professional integration of women at the Yéou gold mining site” in 2017-2018; “The contribution to the responsible participation of women in mining, increase their financial empowerment for the well-being of the family” in 2019; “Support for internally displaced persons in the commune of Yako”, in 2020 (signed convention); 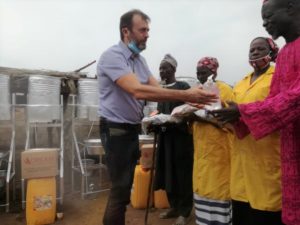 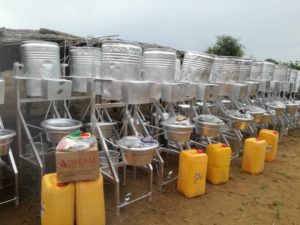 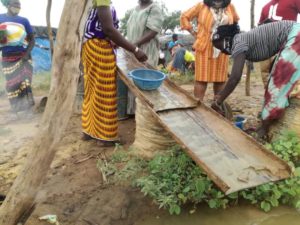 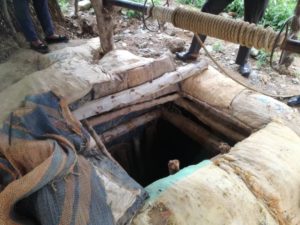 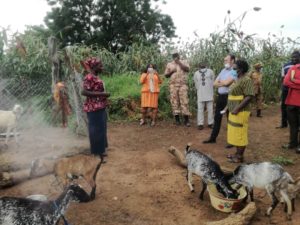 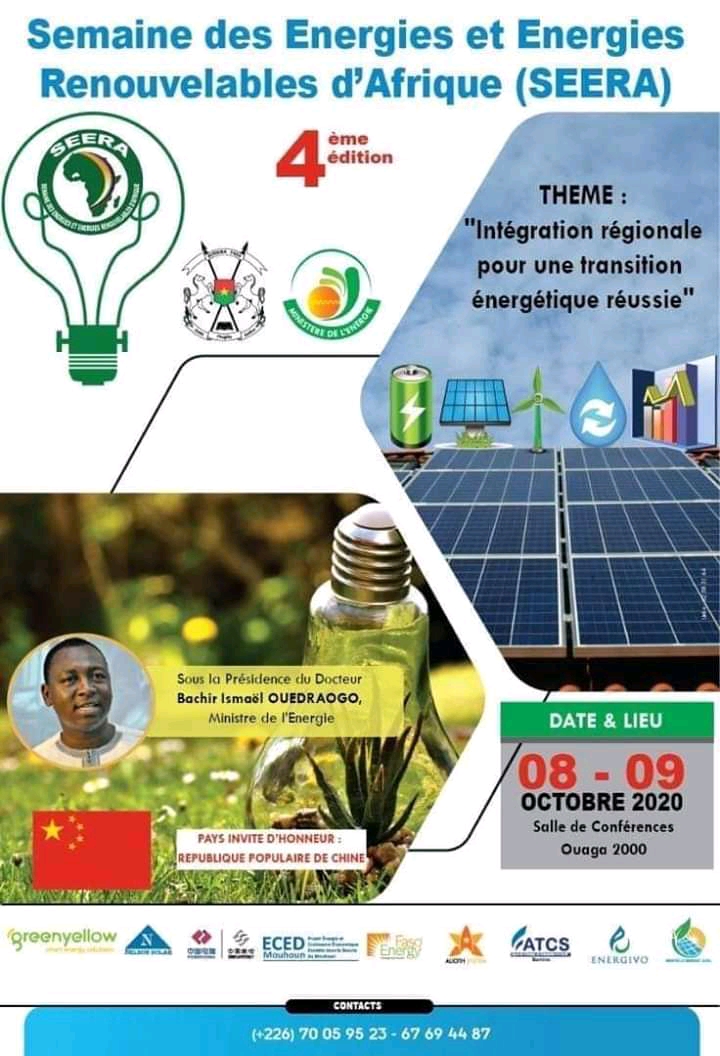